The Maricopa County Medical Society is excited to invite you to our annual member event: INSTRUMENTS OF HEALING & HARMONY!

Our keynote speaker this year is KEVIN PHO, MD! Social media's leading physician voice, Dr. Pho is a physician, author, renowned public speaker, and founder of KevinMD.com. And, with the event being held for the first time at the MUSICAL INSTRUMENT MUSEUM, this is one night you won't want to miss! Special Galleries will be available specifically for MCMS members to view during the event.

Please RSVP, we are looking forward to seeing you: https://www.surveymonkey.com/r/MCMSannualevent2017

The new President of the Society will be Pierre Sakali, MD., Tucson, Arizona.

Neal Jain, MD, is now the immediate past president of the Society.

The guest speaker was David A. Stempel, MD, “BREO: A Treatment for Adult Patients with Asthma”.

On Monday, May 16, 2016 Dr. Suresh Anand attended the Arizona Foundation Board of Trustees Meeting at University Club of Phoenix, in Phoenix, Arizona.

The speaker was Anita Kadikar at Flemming's Steakhouse & Wine Bar in Chandler, Arizona.

Dr. Huie is a member of the National Jewish Health Autoimmune Lung Center and clinical director of the Interstitial Lung Disease (ILD) Program, a position he has held since 2013.

As part of the ILD Program, Dr. Huie is investigating novel therapies for the treatment of ILD, a broad category of more than 130 lung diseases that are caused by scarring or inflammation of the lungs. ILD accounts for 15 percent of the cases seen by pulmonologists.

Dr. Huie trained at Georgetown University for medical school and residency. He was a fellow at National Jewish Health from 2006 to 2010.

National Jewish Health is the leading respiratory hospital in the nation; their unique and collaborative approach to care finds answers where others cannot.

The complimentary luncheon was at Maggiano’s Restaurant in Scottsdale, Arizona.

Dr. Miriam Anand is President of the Maricopa County Medical Society for 2014.

MCMS in the Community: Yesterday, Today and Tomorrow (October 2014)

Will Care Be There? Is the Question Still Relevant 10 Years Later? (August 2014)

The Metamorphosis of Medical Education (July 2014)

Employed or Self-Employed, We All Share a Similar Goal (June 2014)

Patient empowerment...it starts with us (May 2014)

Nothing is as Constant as Change (January 2014)

Dr. Miriam Anand was interviewed by KJZZ.org about the 2014 allergy season.

On Tuesday, November 19, 2013 Suresh C. Anand, M.D., attended a medical education program for health care professionals in Phoenix, AZ. It was on "Insights Into the Risk Factors, Diagnosis, and Immunologic Mechanisms of Allergic Rhinitis". The speaker was Eli Meltzer, M.D. Co-Director of the Allergy & Asthma Medical Group & Research Center in San Diego, CA. It was sponsored by Merck representative Vaughn K. Watson.

Dr. Suresh Anand is named as a Top Doctor at Phoenix Children's Hospital

Indian Surgeons achieve Breakthrough in restoring vision in Retinitis Pigmentosa for which world has no treatment.

Eye is a special organ. Blindness due to anterior chamber (cornea, lens) has established treatment. But post. chamber Retina a vascular disease, Retinitis Pigmentosa which rum in family. Night blindness in childhood converts to blindness in adult, for which there is no treatment in world even to check further loss. From long time research is going on in several countries to revascularise retina, including artificial retinal chip. None have succeeded even to save from becoming blind. As retinal artery course is intra cranial direct retinal by pass is not feasible, we developed new technique (Agrawal technique) of omental transplantation.

Omentum a fatty tissues in abdomen has angiogenic property, due to CD+34 and Ly-1+B stem cells. in this the omental is lengthen and brought in continuity and transplanted in eye. Stomach artery supplies the eye (Retinal Bypass)

In ten years 260 cases were operated from all over India (Map Enclosed). Further loss of vision was checked in all cases. Vision and field increased in cases that had preoperative vision up to 6/60. As we are pioneer in Omental transplant in eye. As it is the first series of long term results in world ever published. It will prove to be breakthrough in medical science.

Retinitis Pigmentosa Treatment in India, Vision can be restored

Dr. Suresh C. Anand gave a talk on August 6, 2012 to the Scottsdalians Toastmasters on "BUYING AND SELLING A MEDICAL PRACTICE".

Dr. Suresh C. Anand and Dr. Miriam Anand attended "The Evolving Science of Asthma" on May 9, 2012.

"Wheeze Whackers" participate in the 2012 Fight For Air Walk

On Saturday, April 14, 2012 Allergy Associates & Asthma's team called the "Wheeze Whackers" comprised of employees and guests participated in the 2012 Fight For Air Walk. It was a 5K walk throughout beautiful Old Town Scottsdale. Following the walk there was a free pancake breakfast, kid's corner with clowns, face painting, and bounce houses, team photos, live music, massages, and more! Each year the American Lung Association raises money for the fight against lung disease. Their mission is to save lives by improving lung health and preventing lung disease! 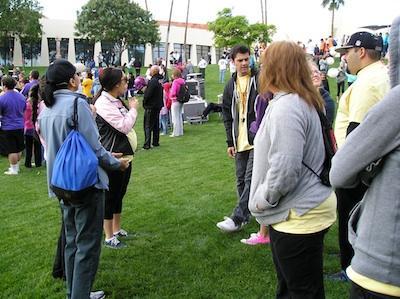 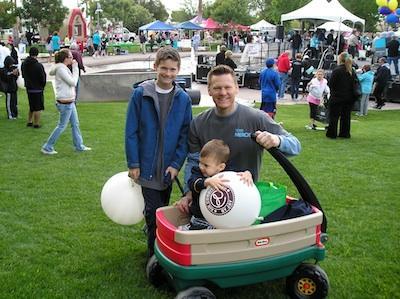 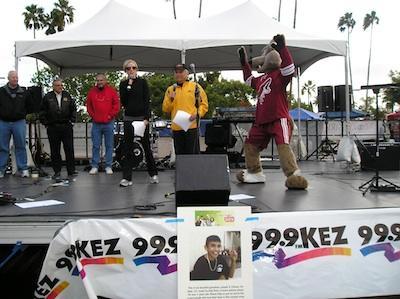 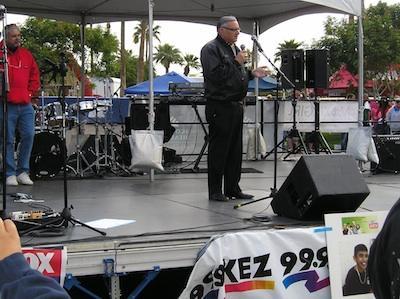 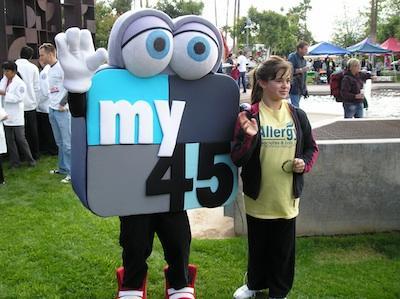 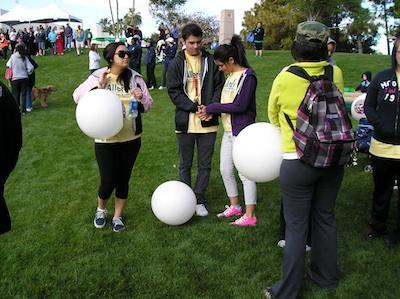 Dr. Miriam Anand has been named by her peers to the Super Doctors ®List, AZ Magazine, 2012 Phoenix

We now have complementary Wi-Fi in our Tempe, Mesa, and Chandler Offices. Ask at the front desk for the password.

On Saturday, September 24th and 25th members and associate members of the Arizona Allergy and Asthma Society (AAAS) held their 2011 annual meeting.

It was held at the Doubletree Paradise Valley Resort by Hilton, in Scottsdale, AZ. 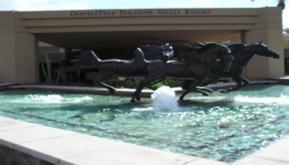 On Saturday, Dr. Neal Jain, M.D., a local allergist, spoke on “Guideline Based Measurement of FeNO in Clinical Practice: A Guideline Based Approach”.

For the second year Greer sponsored a “weed walk” at the Desert Botanical Gardens, Phoenix, Arizona.

In the evening there was a reception for members, guests, and pharmaceutical representatives, followed by dinner, and the entertainment was provided by Tera Crisalida and her Brazilian Jazz and Samba band.

On Sunday, the guest speaker was Stephen P. Peters, M.D., PhD, Professor of Internal Medicine, Pediatrics, and Translational Science and Associate Director, of the Center for Genomics and Personalized Medicine Research, Wake Forest University School of Medicine, Winston-Salem, North Carolina. He gave a lecture on “Optimizing Asthma Care: Application Guidelines for Diagnosis and Management”. Members of the audience were allowed to ask questions and participate in a discussion format.

There were nineteen exhibitors at this year’s meeting.

The annual business meeting of members and associate members followed and was well attended. 2012 Executive Board members will be: Earl Labovitz, M.D., President, David Friedman, M.D., Vice President, and Michael Saavedra, M.D., Secretary-Treasurer. The 2012 meeting will be held in Sedona, Arizona.

Below is an image of Governer Jan Brewer's proclamation of May 2011 as "Asthma Awareness Month." Click the image for a larger version. 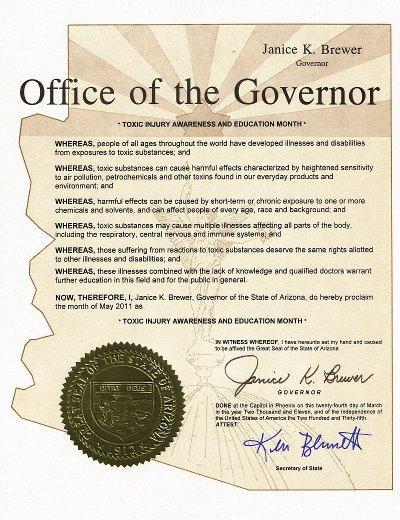 On May 7, 2011 local area allergists participated in the 15th annual Nationwide Asthma Screening program in the Phoenix area. Dr. Miriam Anand, Local Area Coordinator, Dr. Suresh Anand, Dr. Earl Labovitz, and Dr. Aaron Davis helped in this important public service campaign to promote early detection and effective treatment of asthma. The program is conducted by the American College of Allergy, Asthma and Immunology and is also sponsored by TEVA Pharmaceuticals.

During the asthma screenings, people with breathing problems were able to take a health assessment survey and a spirometry test, and receive information on whether they should seek an appointment with an Allergist for a diagnosis. People previously diagnosed as asthmatic were able to assess whether their disease is under control. 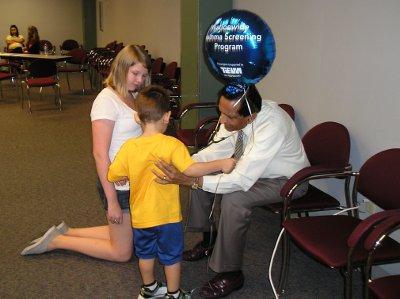 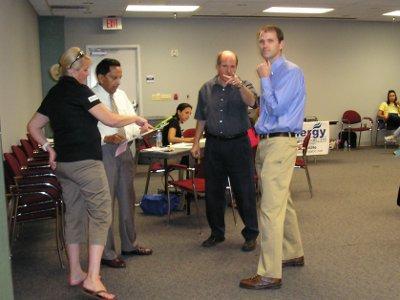 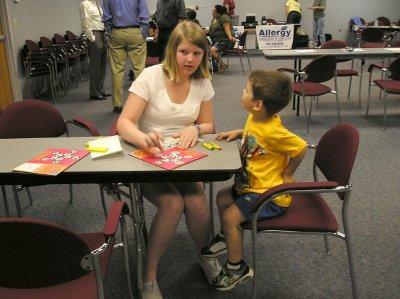 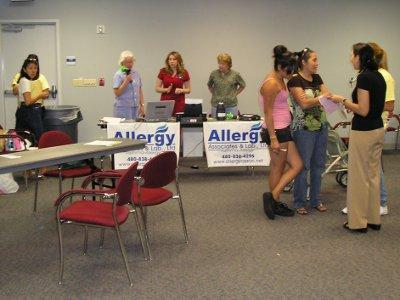 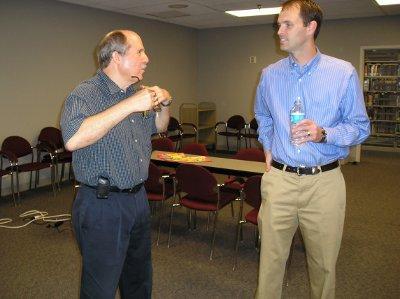 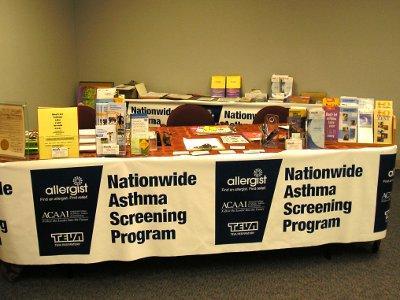 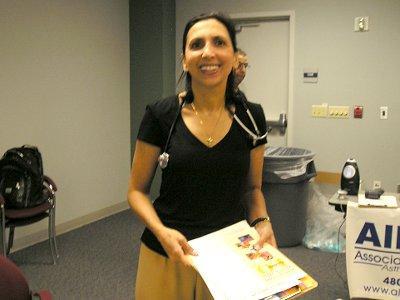 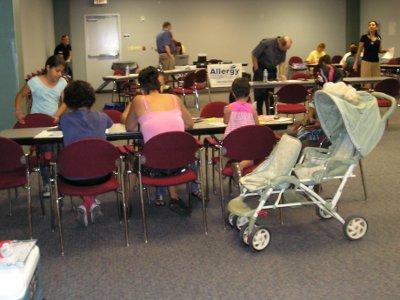 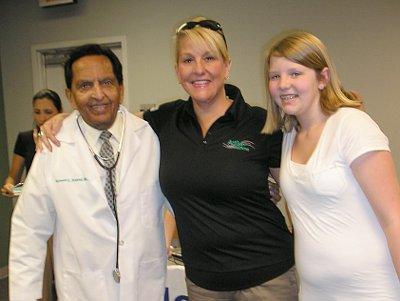 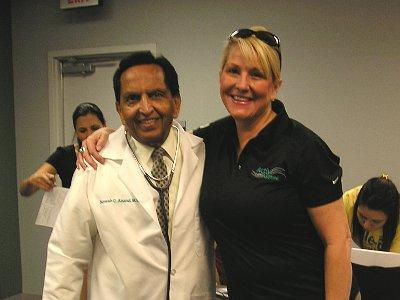 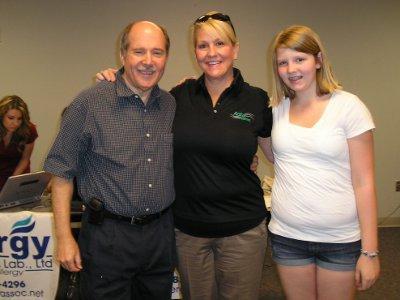 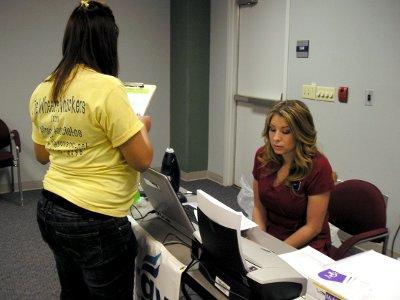 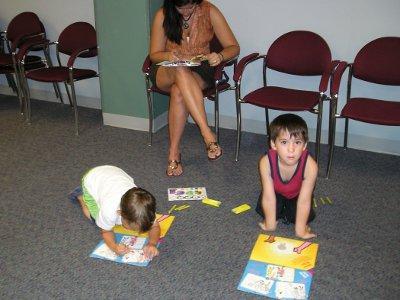 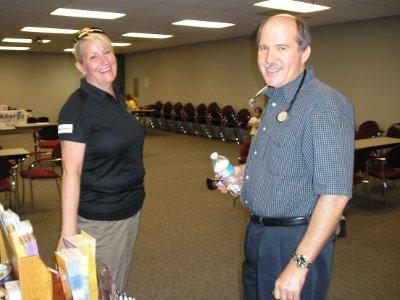 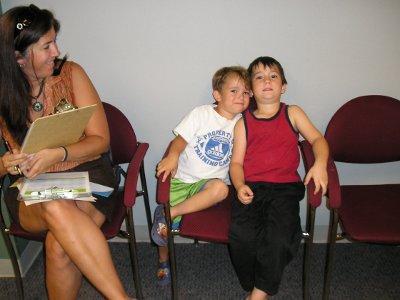 Allergy Associates and Asthma was proud to be a sponsor of the American Lung Association's 2011 "Fight For Air Walk". We were committed to making a difference in the fight against lung disease. The walk was on Saturday, April, 2, 2011 at Scottsdale of fun and purpose. There was a leisurely 5K walk throughout beautiful Old Town Scottsdale, followed by a free pancake breakfast, kid's corner with clowns, face painting, and bounce houses, team photos, live music, massages, booths, and more. 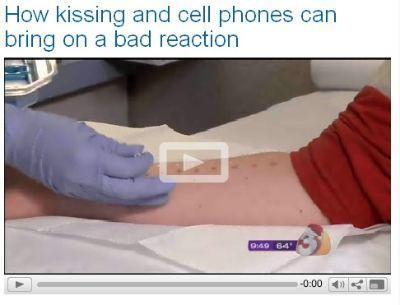 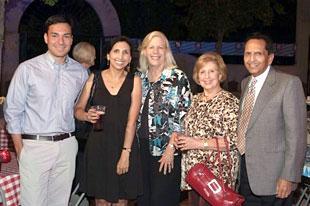 The 18th annual Arizona Coalition for Tomorrow (ACT) Health Fair was held on Saturday, September 20th at the Phoenix Preparatory Academy in Central Phoenix. It is sponsored by the Maricopa County Medical Society every year. Dr. Suresh Anand and Dr. Miriam Anand participated in this annual event to provide free physical, dental, hearing, and vision examinations and immunizations in preparation for enrollment in the national Head Start education-based program for Valley children who would otherwise be unable to obtain such care. 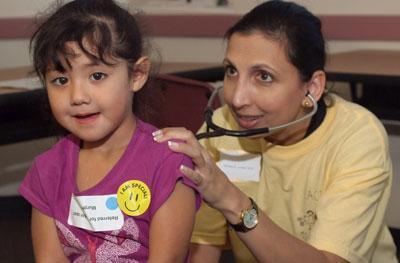 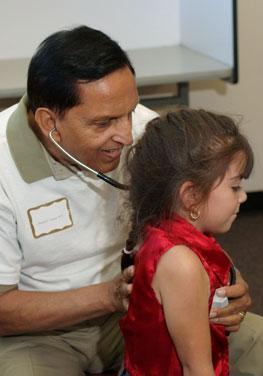 Photos from the Asthma Walk Awards Reception put on by the American Lung Association of Arizona on April 5, 2008 at the Scottsdale Civic Center. 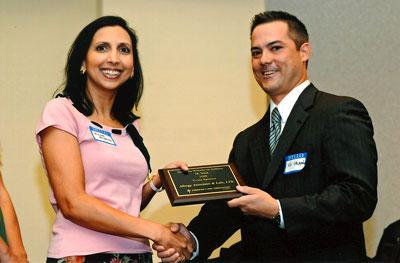 Dr. Miriam Anand, Sponsor, is accepting our award for appreciation and participation in the event. 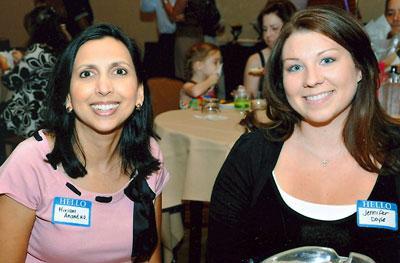 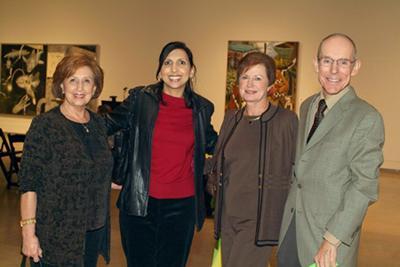 Suresh C. Anand, M.D., attended the European Academy of Allergy and Clinical Immunology Congress in Goteborg, Sweden from June 9-13, 2007. This Congress was attended by delegates from over ninety-one countries.